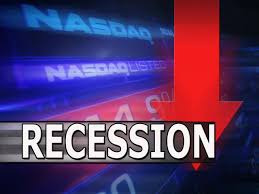 The current economic crisis, regarded as the worst economic crisis since The Great Depression, has affected everything from the stock market to the job market to the real estate market.   The tentacles of the recession have even reached the divorce settlement agreements, to the delight of some parties and discontent of others.   However, as Ferguson v. Ferguson, a recent appeal before the District Court of Appeal of Florida, Third District shows, it is not that easy to get out of your obligations by blaming the recession.

Pursuant to a provision of the 2008 mediated marital settlement agreement addressing the parties’ marital home, the husband had to pay the wife $185,000 within 60 days in consideration for being awarded the marital home, valued at $950,000.  Shortly after the divorce, the Florida real estate market took a downturn and the husband decided to sell the house instead of paying his wife.  His wife unsuccessfully sought to enforce the agreement when the trial court declared the provision “to be an impossibility of performance due to changes in the economy and therefore void.”

Just as the husband was counting his blessing, Florida’s Third District Court of Appeal reversed the trial court’s decision.   Judge Frank A. Shepherd stressed that a martial settlement agreement ratified by a final judgment is a contract.  However, the husband does not get the benefit of the defense of impossibility if the contingency was foreseeable at the inception of the contract.   Although the decline in the real estate market occurred shortly after the husband signed the agreement, it “was not the sort of unanticipated circumstance that falls within the purview of the doctrine of impossibility.  Economic downturns and other market shifts do not truly constitute unanticipated circumstances in a market-based economy.  The assignment of this risk before a final closing of the transaction between the parties was therefore among those for which a reasonably prudent person, represented by counsel, might have provided. A trial court is not authorized to intervene to ameliorate a hardship that a promisor … could have avoided.”   Holding that the husband cannot sidestep the consequences of his failure to include such a provision, Judge Shepherd said the wife was entitled to a judgment for the money he owed her.

The judge’s suggestion that the above situation could have been avoided by including a provision conditioning the performance upon the market situation invites the following question – when a divorce agreement is being mediated, how should a divorcing couple’s assets be divided?  Should each side share the risk of falling victim to the current economy? For instance, a couple’s assets include real property and investments. According to the news reports, the stock market is currently faring better than the real estate market.  Would it be in a client’s best interests if her attorney suggested that she ask for an investment?  Or perhaps divorcing couples should seek advice of financial experts, adding to a growing list of divorce expenses.

Now, let’s assume a divorce takes place in New York where O’Brien v. O’Brien is the law and a degree is considered a marital property, and thus an enhanced earning capacity is treated as property.   Given the current bleak job prospects for graduating law students, it would probably be a good idea for a law graduate to include a provision in his/her divorce agreement to condition his/her spouse’s entitlement to his/her future earning upon the performance of the job market.  After all, the keyword here is “enhanced”.  What if this young lawyer is unable to secure a position that pays well or has to resort to temporary assignments?  What if before going to law school, he worked as a financial analyst and earned more than he does now?  Clearly earning capacity has not been enhanced.

Sadly, the Ferguson v. Ferguson case is an illustration of the fact that as the world struggles to recover from the current economic crisis, the already conflict-ridden divorces are becoming even more contentious…