On September 27, 2011, 8 children in foster care who were allegedly abducted by their mother about a week before were found in Harrisburg, Pennsylvania and returned to the custody of Children’s Services. Their 28 year old mother who allegedly abducted them while at a supervised visitation at a foster care agency in Queens, New York was arrested and is being held on $200,000 bail. She was very emotional when speaking to the media upon her arrest. She claims that she took her children because  they are being abused by their foster parents.  The children’s father was also arrested and actually collapsed while in custody. Full Story: http://newyork.cbslocal.com/2011/09/27/shanel-nadal-8-children-taken-from-foster-care-found-in-pennsyvania/ 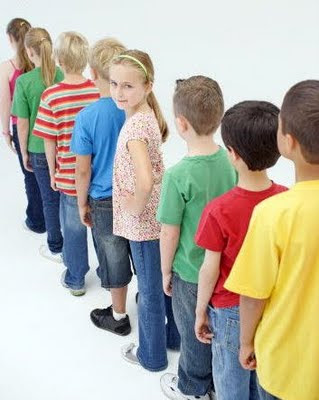 Eight Children Leave and No One Notices.

The 8 children range in age from 11 months old to 11 years old.  If the Queens Family Court believed that ACS proved allegations of abuse by a preponderance of the evidence and ordered all 8 children to be remanded to foster care and only have supervised visits with their parents, then why aren’t the visits actually being supervised? This is not the case where a mother was able to sneak her infant out of a foster care agency, which shouldn’t happen either. Yet, in this case we are talking about 8 children- equivalent to a small troop, class, or daycare group. It is inconceivable that no one saw them leave. The purpose of having supervised visitation arrangements is to protect the safety and well-being of the children, right?  The court has deemed the parents unfit to be left alone with the children, but here not only was the mother left alone, but she had enough alone time to walk out with all 8 children. We might as well do away with supervised visits if the visits aren’t going to be supervised when they are supposed to be.