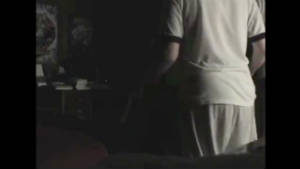 Earlier this month, a now-23-year-old woman posted a video on YouTube of her father, a family court judge in Texas (who, ironically, hears child abuse cases) who beat her after discovering his daughter was using the Internet on the home computer to illegally download music.  The video, linked here, is disturbing to say the least.  It begins with hearing the father off camera tell his wife, “go get my belt,” and continues for just over seven a half minutes of the father whipping his daughter on her legs and butt, while verbally abusing her.  Some of his quotes include:

“Give her some more.”

“I’ll beat you in to submission.”

and “I’ll go get another belt,” after his wife takes his belt from him to “spank” her on her daughter’s behind as well.  In addition, the mother can be heard saying, “You turn over like a 16-year-old and take it, like a grown woman.”

The girl, Hillary Adams, then 16-years-old, stated that she posted the video in hopes that her father, “Honorable” William Adams, would get seek out support and help.  Hillary’s mother has since divorced her husband, and it is claimed that she was a victim of ongoing abuse by her husband for years, and the harassment hasn’t stopped, even since the divorce. (See Hillary’s description below her video on YouTube)

Hillary’s father, when questioned about his actions, responded: “Her mother was there, she wasn’t hurt … it was a long time ago … I really don’t want to get into this right now because as you can see my life’s been made very difficult over this child … In my mind I have not done anything wrong other than discipline my child when she was caught stealing. I did lose my temper, I’ve apologized. It looks worse than it is.” (See a video of the questioning, here, and a CNN article, here)

In my opinion, this is child abuse, the father’s actions are not only disturbing, but utterly disgusting, and such behavior should not be tolerated.  If my significant other ever beat my child “into submission,” I would have the police at the front door to arrest him within minutes (after of course, I wrestled the belt out of his hands).  Being an advocate for domestic violence victims, I understand the mental control an abuser can have over his victims.  Though I am not alleging that Hillary’s mother was a Domestic Violence victim, I am suggesting that perhaps she suffered from a similar mental control and fear of her husband as many victims of abuse do.  Even still, I have a very, very hard time watching this video and NOT wondering how the other parent could not intervene.

Is this merely “spanking”?  Or is this more?  What are your thoughts?

One thought on “Disciplining Children v. Outright Beating: Where is the Line?”